Insecurities are something we all have to live with. Even the most self-assured people battle anxiety, and men are no exception. Some guys put on a good show, claiming that they are unaffected by anything you or anybody else does, but this is rarely the reality. It can be challenging to be dating an insecure man, and you should be aware of the problems these feelings might cause in your relationship.

If you have to show your love to an insecure lover constantly, it can be exhausting and stressful. Dealing with a man who is immature and dealing with insecurities is difficult. If you’re new to the online dating scene and don’t know what red flags to look for, being with an emotionally insecure man might be a dating disaster.

Whether you’re dating someone new on an online dating site like TrulyLadyboy, or have been dealing with his insecurities for a while, keep reading to learn what signs to look out for.

These Signs Point to An Insecure Man

1. He falls in love easily

When a man is insecure, he will quickly “decide” that you are the one for him and instantly fall in love with you. Why? This has to do with their lack of awareness of themselves. An insecure guy finds it difficult to confront his issues and spend time alone. As a result, there is a strong desire to use a relationship to escape this. When you are dating an insecure man, he’ll use the relationship to drive his troubles to the back of his mind. He’d prefer concentrating on you rather than his problems.

It’s also a two-edged sword since once the connection is created, he’ll most likely utilize you as an emotional crutch. That is, once he is at ease, he will “confide” in you. To put it another way, he’ll rant and use you for sympathy. He’ll also use you as a convenient excuse for his problems, and he’ll likely mirror his anxieties onto you. As a result, you are unexpectedly the villain, not even on his side, and the source of his immature, insecure behavior.

To put it another way, you can’t do anything right in his eyes. That’s because he’s primarily accountable for his insecurities, but he can’t admit it. He can sidestep his issues faster if he can fall in love with someone quickly.

2. He has a weird way of speaking about himself

Many insecure men excel at projecting their feelings. What do they entail? They become a better, more self-assured version of themselves. They’d instead master the “art” of bluffing than having to go through the soul-searching and healing required to be a happy, powerful, and passionate man.

They’ll come across as self-assured, confident in their choices, and proud of who they are as a person, their preferences, and so on. However, those walls are generally composed of sand and are not particularly robust. So, as you get to know him better, pay close attention to how he sees himself.

How does he speak about his mistakes in the past? Or how does he feel about himself and his personality? It’s also essential to pay attention to how he responds when he gets something wrong. It’s a significant clue that he’s insecure if he’s too self-deprecating or gets unnecessarily worked up over tiny matters. And keep in mind that how he sees himself will directly impact how he treats you.

3. He plays mind games with you

It’s impossible to predict how someone insecure about their identity will act. People are insecure for various reasons, one of which is their unwillingness to address their inner selves and overcome their fears and traumas. This can have an unexpected negative impact on most men’s desire to be in charge. When his worldview is questioned, he may feel compelled to deceive and play mental games with his partner to protect himself.

When you are dating an insecure man who plays mind games, he’ll never admit he’s wrong. He’ll twist the truth to match his own story, frequently at your expense. That implies that everything is always about him: he’s playing the victim. Or perhaps it’s not about him, but somehow you’re the one who’s to blame.

These kinds of actions can be incredibly harmful and destructive, particularly in a close and trusting relationship. Manipulation and mind games are both signs of a bad relationship and a man’s insecurities.

Insecure guys are always concerned about what others think of them, their standing, and where they belong socially. They feel compelled to overcompensate because they have no control over it and worry excessively. This can take the form of extravagant, flashy, and over-the-top behavior. It is, however, a defense mechanism that frequently reveals underlying insecurities.

5. He reacts badly when you mention exes

No one enjoys hearing about past flames. It can make even the most level-headed of us feel anxious, restless, or disturbed. The reaction of the insecure man, on the other hand, is unlikely to be as light.

Even while hearing about former relationships can be painful, the truth is that there’s a reason your partner isn’t with them anymore—because they’re with you. That’s a difficult notion for an insecure man to grasp. Any man in your life, past or present, will make him feel threatened. When you start discussing exes, his reaction will reveal a lot about his insecurity.

If he appears to be extremely uneasy, jealous, protective, making threats, or frustrated in general, it could indicate that he has insecurity issues.

When insecurity becomes an overwhelming part of a man’s everyday life, he will crave validation. There will be no amount of praise, encouragement, compliments, or reassurance that will suffice. His self-esteem is in bad shape.

Your boyfriend may seem hungry for compliments, but he’s also quick to dismiss them. You might feel like you have to provide him with positive affirmations to appease him and prevent him from moping. This is a sign of deep insecurity. And the reality is, falling in love with a man like this may be draining.

Why? Because it’s as if there’s a reset button someplace that continues getting pushed no matter how much validation you show him. He will always be looking for more affirmation. And the problematic aspect of a relationship like this is that you’re being neglected. When you try to discuss your own genuine needs and desires, it’s often taken as a personal insult or attack. It’s difficult and perhaps dangerous to fall in love with him because of this.

7. He has abandonment issues

To continue with the psychological components, the most insecure men frequently have abandonment issues. Because fear of abandonment arises from an ingrained fear of loss, your partner may bring up the possibility of you abandoning him constantly.

It can sound like “I don’t deserve you,” “I don’t even know why you’re still with me,” “you deserve someone better than me,” or something similar, wrapped up in passive-aggressive terms. It’s a scream for help. It’s a way for him to escape dealing with his fear of abandonment by pushing you away. At the same time, he makes you feel horrible for him and think twice about leaving him.

A man who has constant abandonment issues may destroy the relationship, cling to toxic relationships, reject the meaningful connection, or require constant reassurance. As a result, this is one of the many signs of a bad relationship.

8. He Lavishes You With Presents

Naturally, many people regard gift-giving as one of their primary love languages. Additionally, giving gifts is a lovely thing to do. Gifts that are thoughtful and significant can indicate that a guy is genuinely in love with you.

However, an insecure man will almost certainly have an underlying motivation, which you will most likely detect quickly. For instance, his gift-giving will serve as a distraction. It may begin to feel as if he’s giving you things to make good for something else. In some ways, he might be attempting to “purchase your love.”

That way, he’ll be able to keep you around to help him deal with his severe insecurities.

If we let our insecurities get the best of us, a relationship will end. The extent to which your partner is willing to work on overcoming his fears will determine the success of your relationship. Be encouraging, optimistic, and supportive. We all have our battles to fight, and having a supportive partner is essential to getting through dating an insecure man. 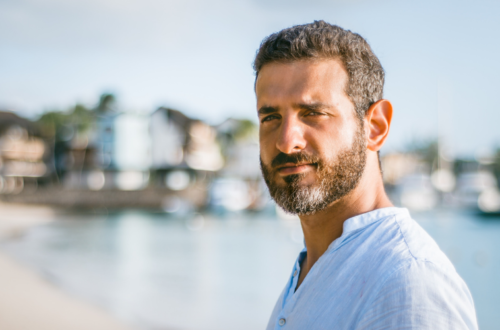 10 Tips For Dating An Older Man 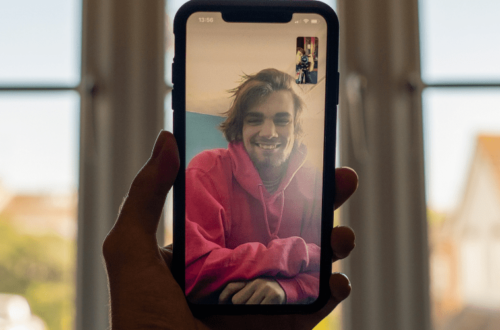 Can A Long-Distance Relationship Last? 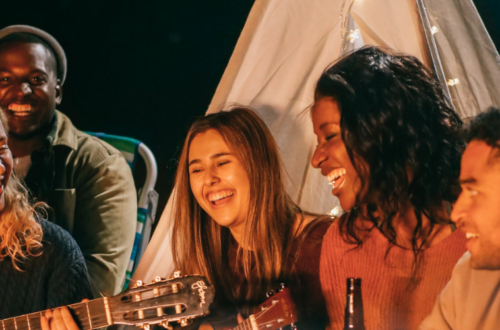 Are You Ready to Meet Each Other’s Friends?